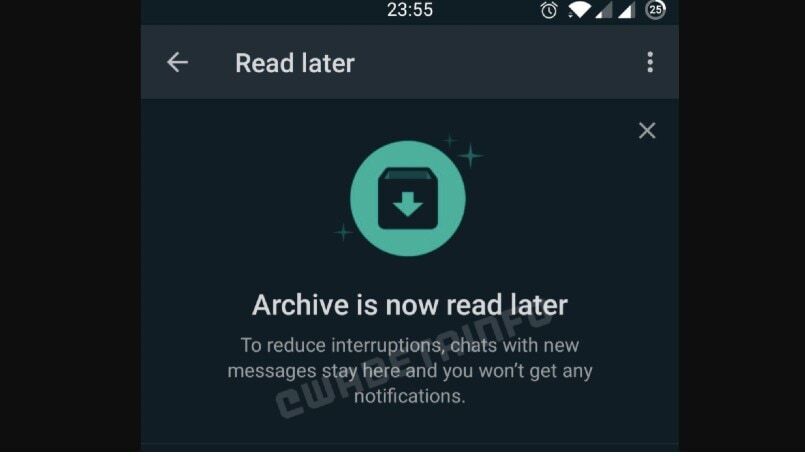 Over the past few months, we’ve heard chatter about WhatsApp planning to improve its chat archiving capabilities. With the current implementation, archive chats reappear when new messages arrive, cluttering your inbox. Previously, it was rumored that WhatsApp was working to fix this inconvenience in the new vacation mode. However, it seems that it has since been renamed to “Read Later” and I found it running on the latest Android beta update.

As discovered by WhatsApp’s trusted advisor, WABetaInfo, the chat archiving feature will soon be replaced by the “read later” feature. The latest version of WhatsApp Beta # 2.21.2.2 for Android contains code that explains how this feature works. You can now take a closer look at this feature in this guide.

In the image above, you can see that the Read Later tab is at the top, as opposed to the Chat Archive tab at the bottom of the inbox. How is it different from archived chats?

ALSO READ: YouTube is testing new features that allow users to purchase the products featured in the video

As the name suggests, after you roll out this feature, not only will your archived chats go to another inbox, they will be muted forever. Yes, there is no interruption from muffled contacts. You will not receive any notification when they send you a message. You can move on to these texts and read them at a later stage. 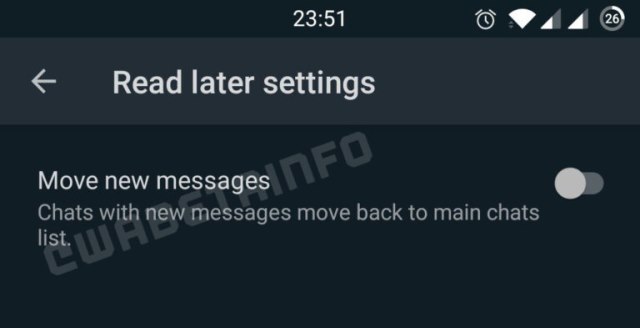 If you roll out the read later feature, all archived chats will be muted by default. This is one of the most requested features on WhatsApp. However, you can also make sure you don’t miss messages from these contacts. Just keep your inbox clean. You can then go to the Read Later settings and enable the “Forward new messages to main chat” option. Restore the original archive chat functionality.

This feature is currently under development but seems to be nearing completion. If you’re keen on testing new features, sign up for the WhatsApp Beta Program. It has the advantage of being able to read later faster than anyone else. There is no information about the official release of this feature.

Q) Benefits of this feature?

A) Read Later chat are muted, no interruption from muffled contacts

Q) How can I see Read Later chat?

A) Go to the Read Later settings and enable the “Forward new messages to main chat” option.