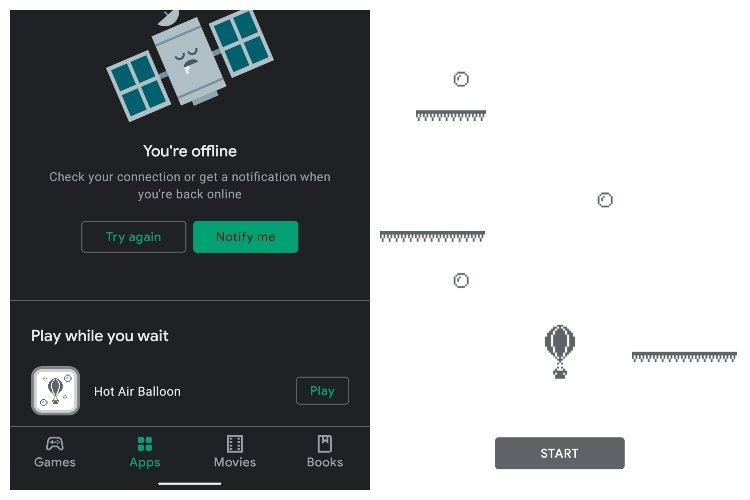 While Alphabet’s Solar Balloons are sending the internet to developing areas, Google is busy developing hot air balloon games to enjoy when the internet is down. Like the popular T-Rex runner on Google Chrome, the tech giant has developed a mini-game for the Play Store.

Earlier this year, popular feature hunters Jane Manchunwon and Alessandro Paruzzi discovered a mini-game that users could enjoy on the Play Store when there was no network connection. Displayed when the user opens the Google Play Store without an internet connection.

Normally, if you open the Play Store without an internet connection, you will be prompted to retry downloading the content. However, some users now see a list of games at the bottom when they access the store without the internet. Therefore, if the game is available, you will be asked to “play while waiting” to restore the internet.

Play the Hot-Air Balloon Game on the Play Store

Click the Play button to open the game and start playing immediately on your Android device. This is a simple game where you control the hot air balloon with your fingers to dodge the thorny platform and collect bubbles and other energy pickups. 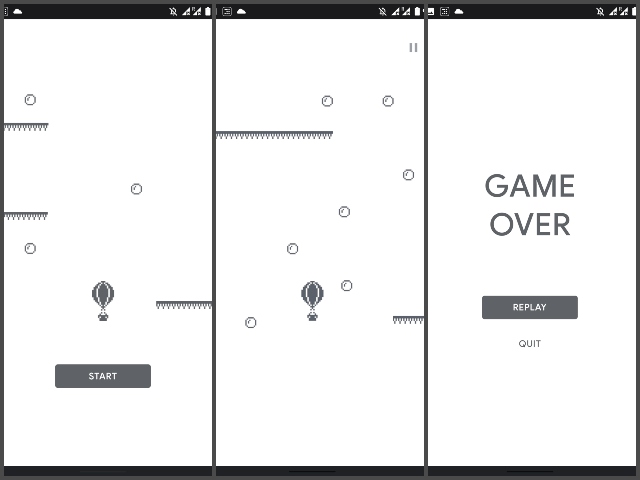 The user interface is very similar to Chrome’s T-Rex runner, with a monochrome design. In addition, the game comes with pixelated elements that give you the feeling of playing an old arcade game on your mobile device.

You can check out the game in action in the video below.

Please note that this game is not available to all users and may not be available at this time. However, according to the report, the game has been tested since June of this year and recently started reaching more users. So by the end of this year or early next year, we expect hot balloon games to roll out globally.