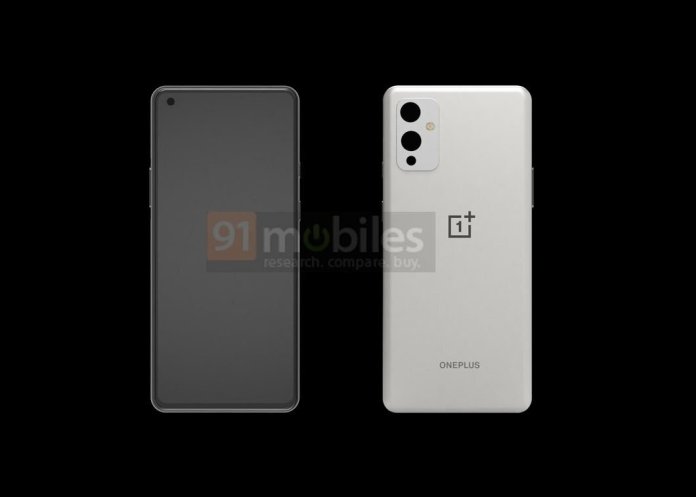 We all know that OnePlus will launch the OnePlus 9 series. Which will include two smartphones: OnePlus 9 and OnePlus 9 Pro. The company will launch its next flagship smartphone at the Qualcomm event of 2021 and it’s no surprise that today we got the first direct image of the OnePlus 9 phone along with some leaked specs. So let’s break down the pictures and discuss the design and specs.

We can see a rectangular triple rear camera setup (with rounded corners) on the back panel of the OnePlus 9. There are three slots in the unit: two large and one smaller (supported by an LED flash in the middle of the sides of these two large clips). If we compare the design to the latest iPhone 12, it shows similarities in most aspects. The only difference is the third sensor on OnePlus 9. The image also reveals the microphones (top, button), the SIM tray, the USB Type-C port, and the speaker (bottom), along with the logo started.

The OnePlus 9 will be powered by an octa-core Qualcomm Snapdragon 888 chipset (paired with 8GB of RAM). The non-professional variant will have a 6.55-inch flat AMOLED screen. The screen also offers Full HD + (2400X1080) pixels of screen resolution, 120Hz refresh rate, and a 20: 9 aspect ratio.

This phone’s SoC will be paired with 8GB of RAM and a 128GB non-expandable memory configuration, 65W charging, IP68 rating, NFC, dual stereo speakers, and many more. The phone will be running Android 11 built-in accompanied by Oxygen OS skin.

As for the camera sensors, it has a 48MP primary sensor. It has not been confirmed if the sensor is Sony IMX689. Based on focal length and pixels, the OnePlus 9 camera will offer a focal length of 6mm. And the output pixel will be 12MP (4000 x 3000 pixels) with an f / 1.88 lens. This is likely due to the pixel clustering. The second sensor is said to be an ultra-wide angle sensor, which is accompanied by a 48MP primary sensor and a 16MP sensor. The phone has a 4-megapixel front camera with an f / 2.4 lens.