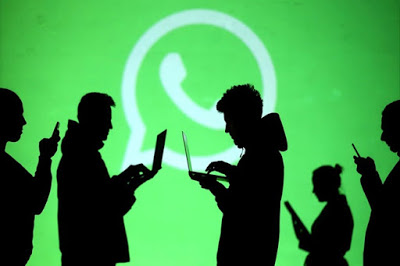 Another day, another new WhatsApp update! In the WhatsApp beta version of Android 2.20.203.3, we found two new features: Join Missed Calls and Biometric Lock. This feature was discovered by WABetaInfo, which is a popular website that posts regular updates on WhatsApp.

Post Contents hide
1 What is the join the missed call feature?
2 What is Biometric lock feature?

What is the join the missed call feature?

As reported, WhatsApp has been working on new features over the past few months that allow users to quickly join calls in specific situations. As part of the feature, if someone in the WhatsApp contact list invites you to make a conference call, but for some reason, you can’t join the call during that time, the call is still in progress after opening WhatsApp. If so, you can join a “missed call” call. ..

What is Biometric lock feature?

Another feature that was discovered is the fingerprint lock. This is a feature that allows users to protect WhatsApp with fingerprints. However, if your Android device does not have a fingerprint sensor, you will not be able to use it, but WhatsApp is making new improvements.

WABetaIngo said: “The fingerprint lock is a biometric lock because it supports more ways to authenticate your identity to unlock WhatsApp. If your device has the correct sensor, then facial recognition is supported. Fingerprints or if face recognition fails, other unique identifiers are also taken in consideration “.

WABetaInfo also shares screenshots of new features that show that users can choose when WhatsApp automatically locks the app. Both the “Join Missed Call” and “Biometric Lock” features are currently under development and will be available in future updates.